Fun Games and Activities to Do While Camping

Home » Fun Games and Activities to Do While Camping

It can be difficult to keep kids of different ages occupied while camping. The following is a list of games and activities that can be easily adapted to suit all ages.

Scavenger Hunts are fun and can be easily adapted to suit the age of the people playing. When playing with younger people the list can be made with pictures or using the letters of the alphabet to incorporate some learning into the game. Lists can be made easily or found on websites such as Pinterest.

The campfire is a staple when camping. It is a great way to connect without technology. There are several games that can be played around a campfire. Some of these are: Singing songs, Shadow Puppets, roasting marshmallows, telling stories as well as wink murder, I spy or Simon Says.

Catch or Don’t Catch: Similar to Simon Says. All you need is a ball and a voice. One person throws the ball to another and calls either catch or don’t catch, if the person catches the ball when don’t catch is called or vice versa they are out.

Glow In The Dark Ring Toss: The same as regular ring toss using glow sticks to illuminate the sticks and two thinner glowsticks to make the ring. A water bottle with a glowstick inside makes a great catch stick.

Duck, Duck Goose: A simple game that is both fun and great for fitness.

Cards: There are many card games to play when out camping. Some of these are Cards against humanity (for the adults). There are also many traditional card games, for example, Gin Rummy, Poker, Blackjack, Go fish, war, all of these are played with regular playing cards and the instructions can be easily found on the web. UNO, Phase 10, and Skip-Bo, these usually require specific card decks, luckily, they do not take up too much space.

Pass The Water: A simple game. All that you need are some cups and water. Player line up and pass the water over their head to the player behind them. The person who passes the water then runs to catch the water at the end of the line. The aim of the game is to see how far you can travel before the water runs out.

Have a Dance Off. Be as creative and imaginative as you possibly can.

Squirt Gun Races: Again a simple game with little equipment. Simply place cups on their side as a target and shoot water into the cups. The first to get all their targets to fall wins.

Limbo: If you don’t have a broomstick a simple branch can be used.

Air Pong: Place cups on a table and blow into them and the first team to get all their cups off wins

Sleeping Bag Races: The same as sack races only with sleeping bags.

Night Frisbee: Attach a glowstick to a frisbee for a new twist on an old favorite.

Cornhole: Using beanbags to throw into a target made with a hole in a board. A camping adaption could be to use a gap in some trees or make a target out of branches. Get some glow-in-the-dark ones for night games!

Amateur Astronomy: can be done with or without a telescope. We like to see what patterns and constellations can be found in the night sky.

Kubb: A lawn game, which is a cross between bowling, bocce, and horseshoes. It involves knocking down wooden blocks which is always a hit with the kids. The kits can be found on Amazon or in some camping or sports stores.

Spotlight: Similar to hide and seek only it is played at night, one person is selected to be the “seeker” and is given a flashlight, the rest of the group go and hide. The seeker then goes looking for the hiders, the seeker only finds the hiders when the ‘spotlight’ (the beam of the torch) is on them. This means that the hiders can move around and avoid being hit by the spotlight.

Spray Paint Twister is a fun easy twist on regular twister. Simply spray the colors onto the grass/dirt and play as you would normally.

Geocaching: Geocaching is a treasure hunt using GPS to track and find the hidden cache of treasure. There are many apps available that are dedicated to geocaching.

Would You Rather: A simple game where you ask questions where the person answering has to choose between 2 choices, for example, Would you rather eat a cockroach or never be able to eat your favorite thing again? Questions can be found on websites such as Pinterest or you can allow the kids to make up their own questions, just be aware the questions will probably hit the eww gross level pretty fast.

Rock Painting: Grab some smooth rocks from your area and paint them however you wish. Paint your postcode on the back of the rocks and hide them for the next family to find.

An old-fashioned Water Gun Fight: You can never go wrong with a simple and fun game of water tag.

A Glow In The Dark Dance Party: Simple and fun, simply use glowsticks around the neck and wrists and be creative.

Each activity on this list can be adapted to suit all ages and ability levels. When camping it is often good to avoid taking too much equipment, therefore we don’t recommend taking traditional boardgames when camping as pieces can easily be lost.

When the weather turns bad and it is too rainy to head out of the tent kids can become bored quickly. Here are a few ideas to help prevent cabin fever:

Many of then Campfire games can also be played inside the tent when the weather turns.

Two Truths And A Lie: This is a great icebreaker/getting to know you game. You simply state 2 true things and one lie, the rest of the group need to choose which one is the lie.

When camping it can be difficult to find different activities to do. The activities above can be great for a range of ages and ability levels. It is important to take the environment into consideration, for example, you wouldn’t have a raging campfire in a restricted zone or with many hazards around so always check your surroundings before trying any activities recommended.

Tips for Building a Winter Fire
How to Camp for CHEAP
Is it Safe to Camp in Your Car?

Subscribe for Our Latest Guides, Tips, and Free Camping Resources 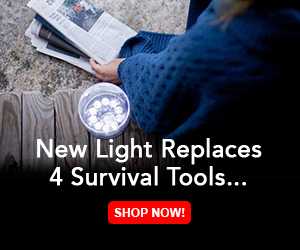 (via Amazon)
Scroll to Top